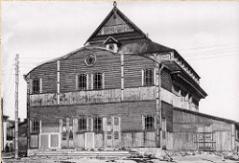 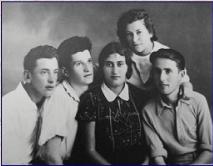 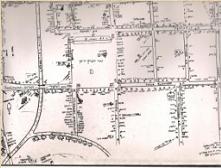 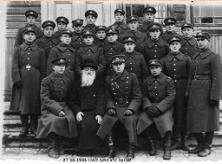 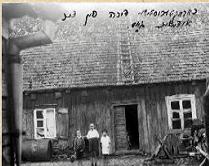 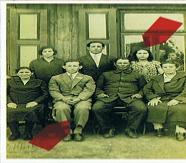 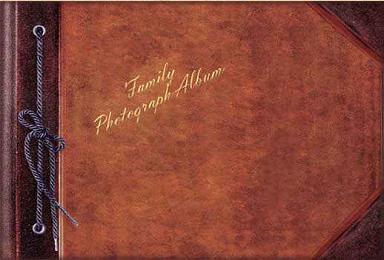 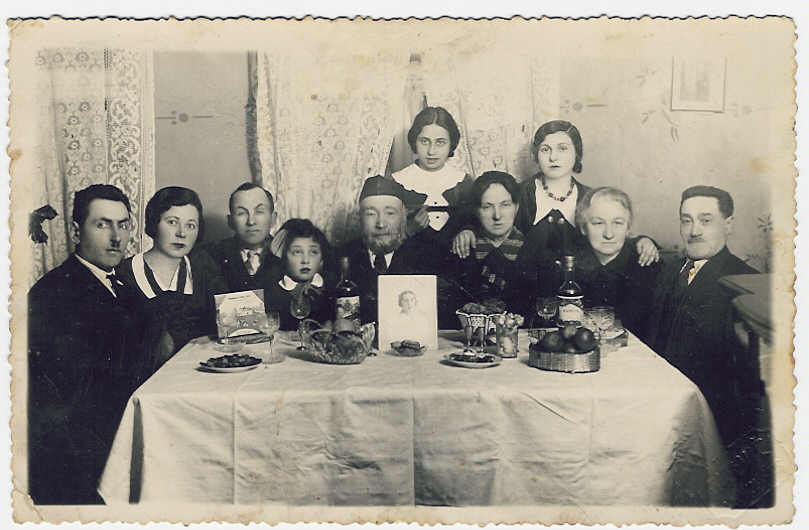 Lipstein Family
Album
Taken in Vilkaviskis to celebrate Rebecca (Rivke) Lipsteinas' wedding.
From left: Chazan, Rashki Lipsteinas, unknown, unknown, Avraham Lipsteinas, Lena, Pecha Oppenheimer, Luba (Lipke) Lipsteinas, Beile and Nahum Lipsteinas.
Rebecca was not in the picture, as she married in France, but the family got together to celebrate remotely and sent the photo as a sort of wedding card.
The picture  was taken I believe in around 1934 to celebrate the wedding in Paris of Rivka (Rebecca) Lipsteinas to Pinchas Berkman.  The picture is
taken at the Lipsteinas home in Vilkavishkis, and the  photograph on the table is of the bride, Rivka.

On far left of the picture is Rashki (Rachelle) Lipsteinas (Lipsteineite) and her husband, Mr. Chazan. She is the sister of the bride in Paris, and
daughter to Avraham.  We are not completely sure who the man and the child are, but the older man in the centre of the picture is Avraham Lipsteinas (a
brother of my great grandfather Jacob), and the father of the bride - and is wife Pecha ( nee Oppenheimer).

The man at the far right of the picture is  Nahum Lipsteinas and with him to his left is his wife Beila (nee Altes) . He is a nephew of Avraham and the
father of Shmuel (Sam) Lipsteinas who married Zelda.  (Nahum's sister Chaike, not on the picture as then living in Paris), is Zelda's mother).

The two girls standing:   The one on the left is Lena (Linki), daughter of Rashki Chazan, and the one of the right is Lipke Lipsteinas.

What became of the people in this picture....

Well, Rashki and her husband, Mr. Chazan, both survived the war as she went to Paris and later to Israel.  Rashki died in 1990 in Haifa.   Their
daughter Lena (pictured standing in centre) married a man called Grisha Joels. They went to Israel.  Lena herself died in 1988.   Lena and Grisha
Joels had adaughter Pnina Joels and a son, Shmuli Joels.  Pnina has two children, Cheri and Tali and Shmuli Joels married Zava, and had Neil and
Iran Joels.   I think they are in Israel. Would love to find them but don't know where they are.

Lipke (born 1914) survived the war having gone to Paris.  She married Maurice Schmutnick who was himself murdered by Gestapo in 1942. She had one
daughter Raymonde - she lives in Paris and is married with two children who are both married now.   Lipke died in Paris in 1998.