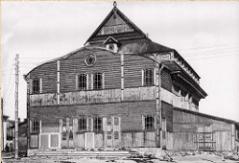 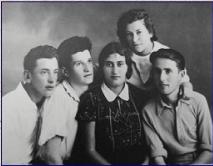 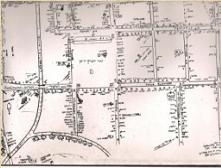 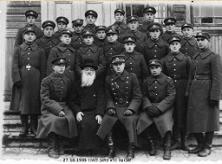 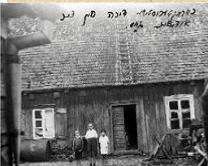 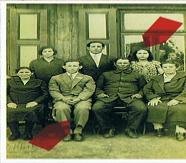 Dvora's letter to
her brother
My dear brother I end this letter and this will be my last letter to you. I am leaving this letter with Antonas and he will send you this letter after the war, please do not forget him and please help him, I request this one more time before my death.

I feel that my strength is departing my body.

One more word, and then another word my dear brother it is so difficult to leave you, so difficult for me to lay down my pen, but soon they will kill me.

Please do not forget the memorial day of our mother and our sisters that died peacefully. Light memorial candles for the innocent blood that has been spilt.

Tell everyone in America what has happened here.

My best wishes to everyone these are my last words,

I am leaving you my letter and this will be my last letter for ever.

I am writing this letter and thus I wait to be killed by the murders, I want to leave you this document in my own hand writing describing who we Jews were destroyed. From all our family only I remain, alone like a stone - I move from field to forest and no one lifts a finger to help me.

A regulation has been announced that anyone hiding Jews will be shot. This regulation is posted daily in all the newspapers. All the Jews in the neighboring towns have all been murdered.  In Kovno and Vilna all the Jews have been killed. In Vilkaviskis there remain a few like me that are in hiding.

I am one of the few that still remains alive but I await my bitter death at any moment. Yes the time has arrived when we Jews are destroyed by the hands of these murders. How can God look at the suffering of our small children? These children who were thrown alive into the pits and then hand grenades were thrown in on top of them! The good God how can you see such things?

My dear brother, the day that all the Jewish men of Vilkaviskis were shot I was lying in the hospital, with forceps they took out my dead unborn child, a girl. If I had been bought to the hospital 10 minutes later today I would no longer be alive so the doctors told me.  Oh how this would have been so much better.

On the 28th of July 1941 our dear father, my loving husband and my brother in law Shlomo, were all killed, on the same day these murderers killed over 1000 men .

When the Nazis entered Lithuania all the Jews had to wear a yellow star and were immediately  subjected to forced labor, making them run from here to there without compassion beating them like dogs without mercy. The men were separated from the women and kept in a camp.

On the first day of Rosh Hashanah all the women and children were murdered. Our sister was fortunate that she died peacefully at home and thus was saved the awful sight of seeing her only child being put to death.

The mothers were forced to bring their children to the death pits. My dear God how can you see the pain of the Jewish people?, how they were destroyed !

As soon as the Germans entered Lithuania they murdered the Jews of those towns near the border, Visninitz, Kybartai  Virbalis >, thus they killed are the Jews of Lithuania. For those that have already died such a bitter death are indeed fortunate, alas for me my dear brother this fate still awaits me. It is so very difficult, to wait by the grave and to wait for my death.

I met a dear Christian friend, Antonas Kompas is his name. At the end of this war he will send you this letter, please do not forget him, he is looking after me, providing me with food. Please write to him, please pay him. His wife treats me as if I am their daughter she is risking her life for me. As long as I live they are looking after me. They will tell you on which day I was killed. Soon will come the day when we Jews will disappear from the face of the earth.

You, my dear brother will remain the only one of our family that remains alive.  Before I die I wish you a good life with your dear children. My dear brother Zisla I am writing this last letter to you , I am wet from the tears I cry for I know that soon I will be killed and I cannot prevent my bitter fate from God above  that  he has been placed upon us Jews.