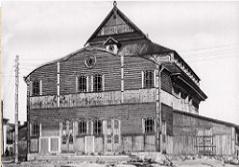 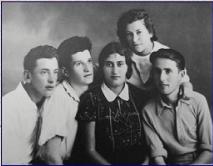 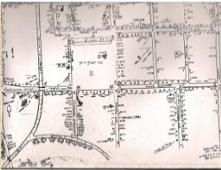 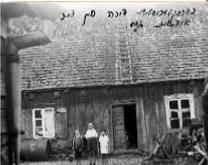 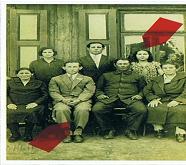 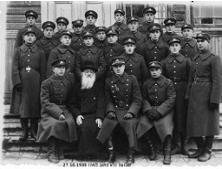 The group of founded a Board of Managers, these included:
Yacov Hamillevsky,  A Zeeburg, A Velburg, Yacov Solomin, Peretz Zilber, Yosef Sperling, Shimon Volovietzky, Neta Teitelbaum, R. Neta Mitz [who died in Tel Aviv ] they where are business people and "people of action" well educated, and enthusiastic with the Hebrew language  and Zionists. They invited Dr.. M Cohen , a teacher of natural science who taught in the Hebrew Gymnasium in Marianpole [that had be founded a year previously] It was to be his job to set up and run the school..   Dr. Cohen was later to die peacefully in Tunisia.

The members of the board also invited Dr. Shmuel [Leo] Deutschlander, the advisor
To the Lithuanian Government on Jewish Affairs and also to Dr. Josef Karlibach, the headmaster for the Jewish Gymnasium in Kowno and requested that they show the best way to receive the most suitable teachers. The writer of this article, M..Y. Mendelssohn -Miskots was also invited to be the teacher for Jewish Studies.

In the Autumn of 1919 M..Y. Mendelssohn -Miskots, arrived in Vilkaviskis and together with Dr. M. Cohen and Dr. Arie [Leo] Rosenberg who had been invited from Germany as a teacher of History they began the selection of students and forming the classes. Six classes where opened. Additional teachers included B.Meshorer from Frankfurt, an expert mathematician. Dr. Yehuda Holzman-Etzioni, a medical doctor and an expert in East European languages, he also taught nature and English. Dr. Etzioni was born in Jerusalem.

Hundreds of students came to the classes in August of 1919. All the subjects were taught in Hebrew with the Sephardic diction. Only in the sixth class did they teach in Russian and during that  year changed to Hebrew. The teacher for Russian for the first years was Dr. Josef Shkolnik [who later died in Tel Aviv]. At the end 0f the year Dr. Cohen resigned and his place was taken by Dr. Zemach Feldshtein, who was born in Neistot. After one year he was invited to be the Headmaster of the Gymnasium in Kovno. During his period as Headmaster where added the teachers: Hiam Vilkoviskis, [he taught Latin and Mathematics] and Mr. Shimon Zak as a History teacher.. In place of Dr. Feldshtein came the author and poet Dr. Yeshua Friedman , the son of Eliezer Eliahu Friedman, the editor of the Hazofai from Warsaw. Two years later Dr. Friedman was invited to be the Headmaster a the Girls Gymnasium in Kovno. He was replaced by Dr. Moshe Yardeni.  From the years 1933 - 1938 the headmaster was Shlomo Tractenberg. From 1938 till the Soviet occupation Shraga Halperin was the headmaster who had studied at the school.

Amongst the teachers who taught in Vilkaviskis where: Yacov Starlitsky, Dov Zilberstein [he later moved to the Gymnasium at Sauvli where he died together with his family] Avraham Moshe Teshratuk, and others. The secretaries of the school where Eliahu Rapport,  [father of Ezra Rappaport, on the staff of Maariv and of the Israel Broadcasting Authority.]  Zvi Eliezer Bilubotzky, Moshe Bulshtein and his deputy Batya Lapidot-Rotbard.

In 1921 the first students graduated from the Gymnasium.

The Jewish Gymnasium in Vilkaviskis like all other Hebrew High Schools operated principally from the school fees.  With the development of the Lithuanian Cooperatives the economic situation of the Jews declined and many parents could no longer afford to pay the high school fees.  Doctor Yardeni was able to request from the Lithuanian Government financial assistance which he received for some period of time. At the same time there where laid plans for the building of a new school. In 1929 during the celebrations for the first ten years of the Gymnasium the foundation stone was laid for the new building in the presence of the Minister for Higher Education Shikanasis . It was also decided to open a trade school for those who had completed 4 years of study and who wanted to learn a trade. Financial support for this came from Mr. Krovulsky, from London, a former resident of Vilkaviskis. Doctor Yardeni was also able to interest representatives of the "Joint" in Europe Mr. Bernard Cohen and with the help of Mr. Abba Sobolevitch, a wealthy local industrialist. With the guidance of the Engineer A. Miezel the new building was completed. The new school was opened it also included courses in Mechanics and electricity. The language used for teaching in the trade school was Hebrew and Yiddish. It was the only trade school in Lithuania  that taught in Hebrew.

The head of the Trade School was Arie Volovitsky, he too graduated from the Hebrew Gymnasium and was also a teacher from 1929 - 1933.

With the coming of the Great Depression the economic situation of the Jews of Vilkaviskis and many Jews left Vilkaviskis - all this was to effect badly the physical
and spiritual state of the school.

The author of this article, M..Y. Mendelssohn -Miskots, left Lithuania in 1930 after 11 years teaching in the Gymnasium, when he returned in the summer of 1939 he found the school in a very poor condition because of the lack of funds and teachers.
This article was discovered by Mark Budman of Canada